L. Robert Westeen is an Actor, Director, and Playwright. 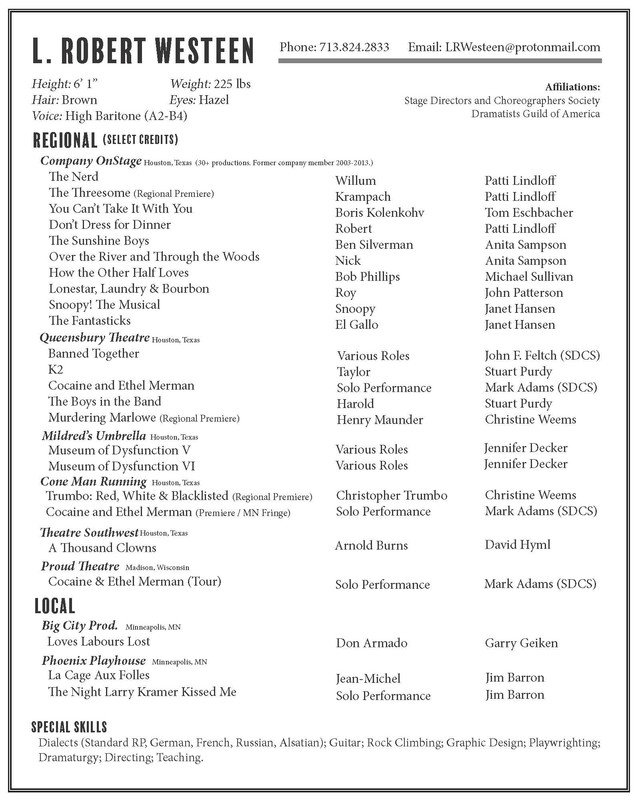 BOYS IN THE BAND

“Westeen is superb as cool-as-a-spider Harold, coiled up inside his Nehru jacket, ready to pounce and devour all who come too near.” – DL GROOVER, Houston Press

“Westeen has always been a particularly perceptive actor, and I vividly remember his hapless, harassed Nick in Joe DiPietro's minestrone-enhanced Over the River and Through the Woods at Company OnStage and his bitch queen from hell Harold in Mart Crowley's seminal gay play The Boys in the Band at Country Playhouse. He knows his stuff and how to deliver the goods.”

“Westeen has a lovely way with comedy. Some of his one-liners would turn Oscar Wilde emerald, wishing he could have said such aphorisms. The play is filled with humor, some mordant, some plain funny, and he saves many a scene which might turn saccharine with a prodigious over-the-shoulder toss of salt.”

“Actor L. Robert Westeen was born at least 40 years too late. In another life he would have had steady employment at RKO, MGM or Paramount Pictures. As befuddled and exasperated Willum Cubbert in Larry Shue's 1987 sitcom The Nerd, Westeen does frustration like the best of the old pros.”

“It's Westeen who supplies this clunky comedy with the smoothness of a Ferrari playing his everyman driven to distraction and thoughts of crossbows. His double takes are perfection, and his slow burn should be patented. As he has displayed in his other Company OnStage roles, he is a hidden gem among Houston actors.”

“L. Robert Westeen, as interrogator and royal toady Maunder, lords it over the powerless but is impotent against his superiors. He blusters convincingly.” – DL Groover, Houston Press 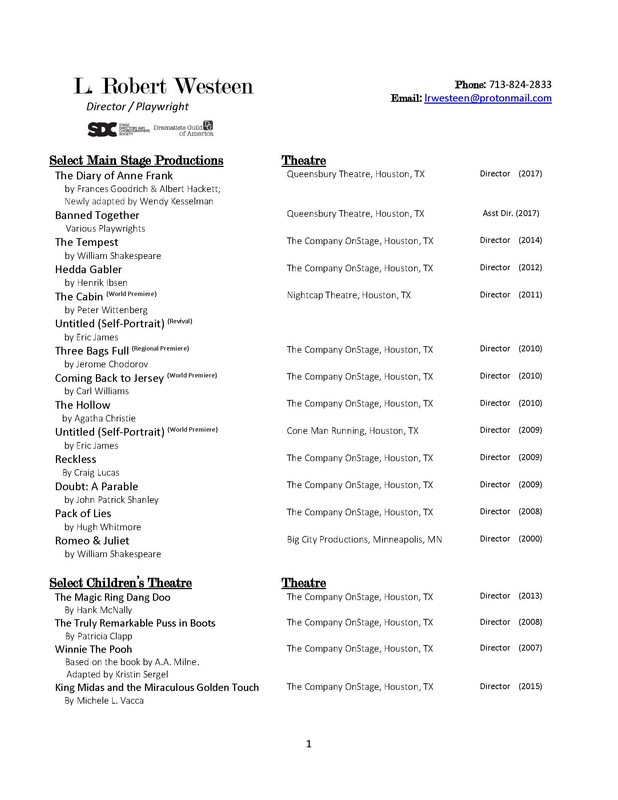 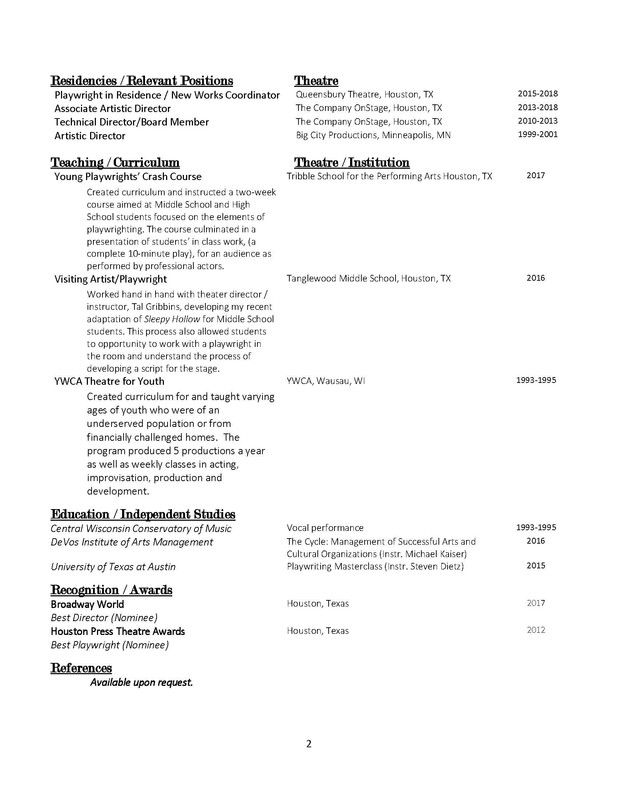 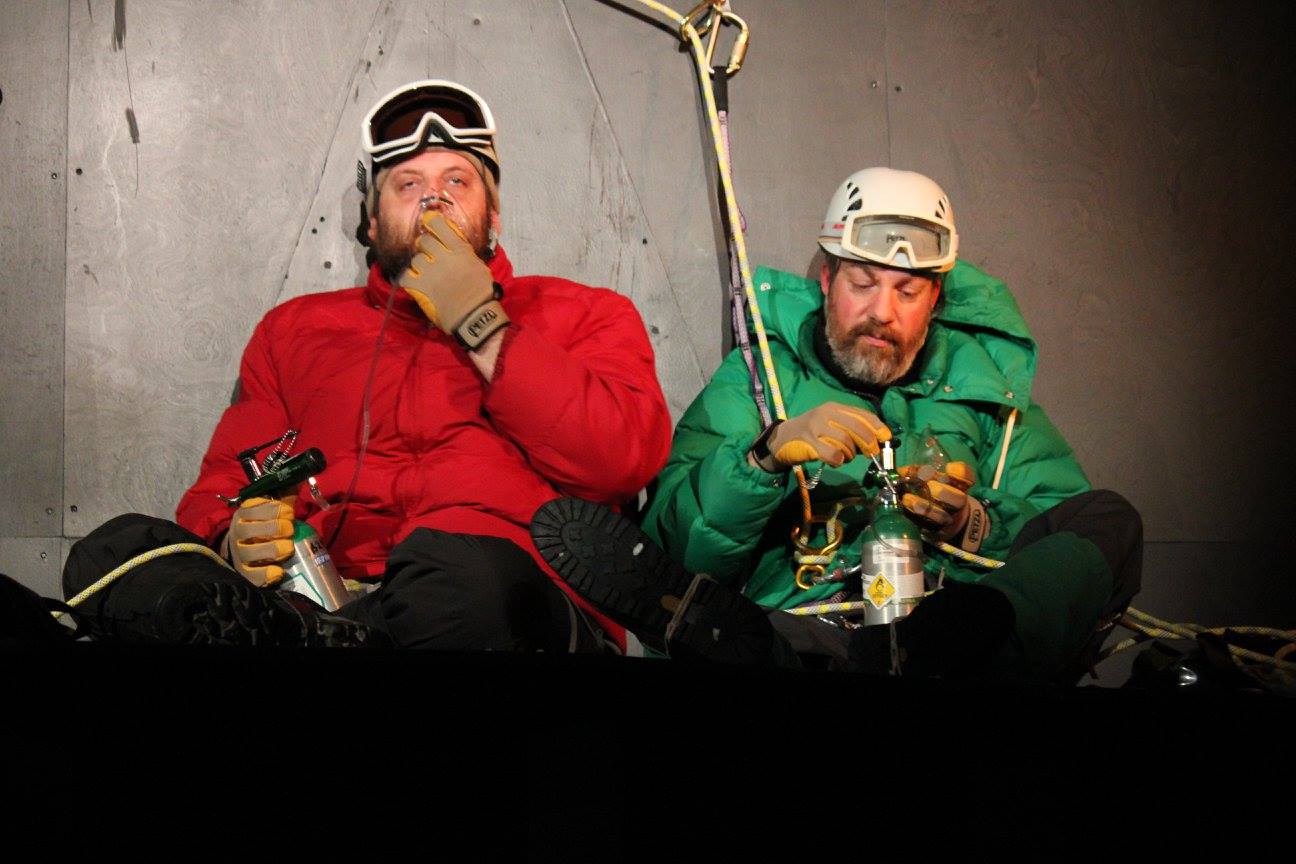 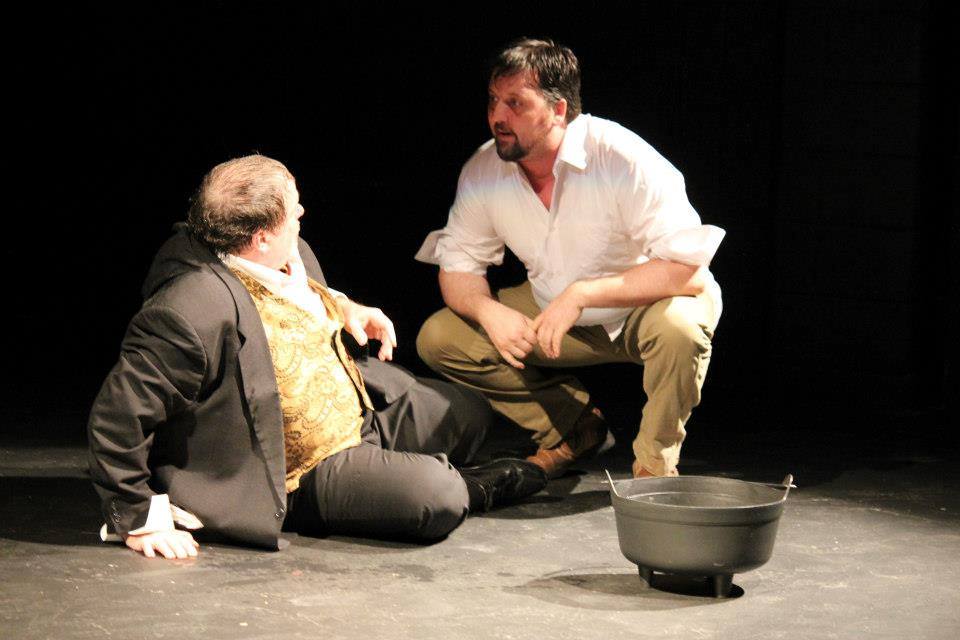 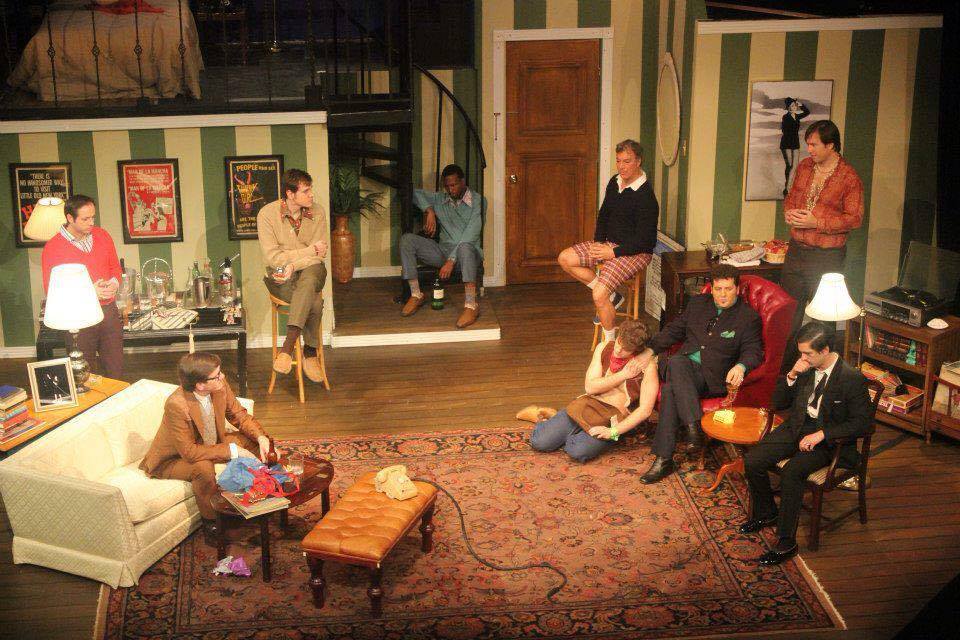 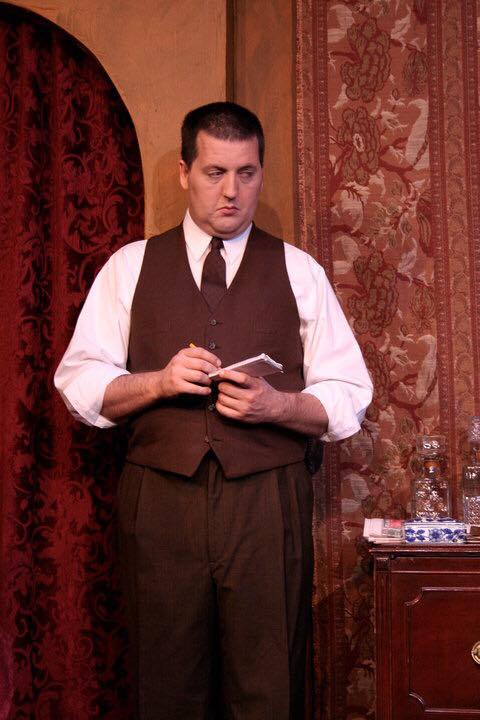 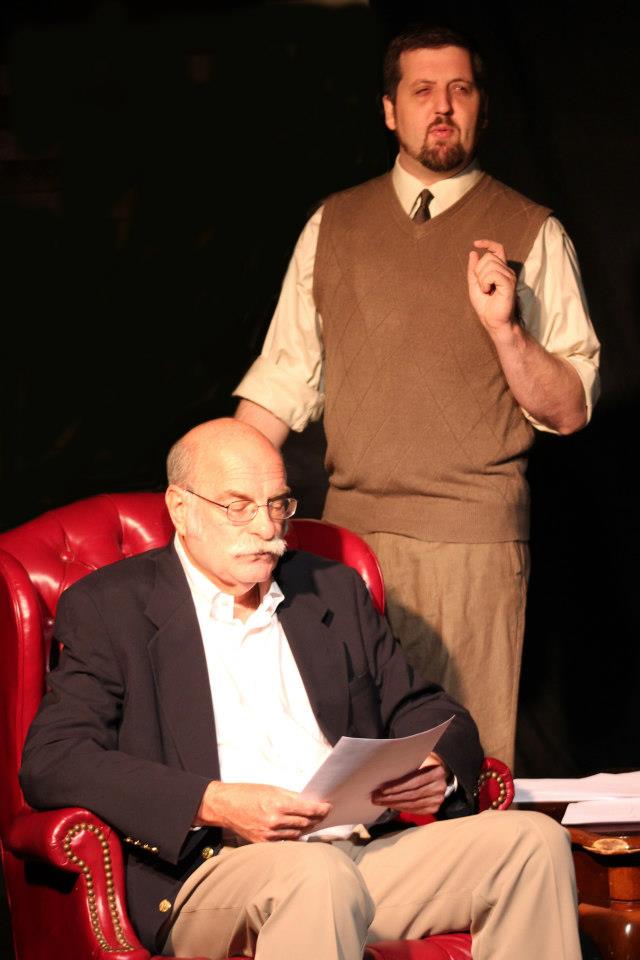