Albino Squirrel Productions is accepting virtual auditions for TURNABOUT MUSICAL, based on the popular "Phoenix Wright: Ace Attorney" video game series, which will debut at the Phoenix Theater as part of the Minnesota Fringe Festival in August 2021. This will be an in-person performance, with seating availability subject to COVID-19 guidelines by the state of Minnesota.

Any interested participants may email [email protected] at any time between Friday, April 16 and Sunday, April 18 with audition materials. We are looking for:

Phoenix Wright (mid-20s) - A young, upstart defense attorney with a heart of gold and a head of spiky hair. (Tenor)

Miles Edgeworth (mid-20s) - A brilliant young prosecuting attorney, and Phoenix's rival. A cold, calculating type who always gets what he wants. (Tenor/Baritone)

Dick Gumshoe (mid-30s) - The bumbling police detective who tries to be tough on criminals, but is too much of a softie. (Baritone)

The Judge (any) - The wise judge who presides over every trial. (Baritone)

April May (mid-20s) - A trial witness, a flirtatious woman with a deceptively short temper. (Jazz Alto)

Some of these roles will be double cast. All roles are gender-blind and color-blind - we encourage a diverse talent pool. All roles are PAID, $100 stipend.

NOTICE TO ALL THE ACTORS: With respect to the ongoing COVID-19 pandemic, all performers (except those who can provably demonstrate why they can not) will be asked to be fully vaccinated prior to our first performance.

"Turnabout Musical" is a fan-written musical based on the popular "Phoenix Wright: Ace Attorney" series of video games. What began as a joke suggestion on a message board soon spiraled into a full-fledged production, featuring curated contributions from no less than nineteen songwriters, ultimately leading up to a live performance of the show in 2016. Featuring the same colorful cast that made the video games famous, Turnabout Musical is a musical adventure filled with mystery, mayhem... and murder.

Albino Squirrel is a fledgling-but-growing theatre company in Minneapolis, most notable for its run of successful Fringe shows, including "Pocahontas (Or, How I Learned to Stop Worrying and Love the Mouse)" in 2015 (remounted by Freshwater Theatre later that same year), "A Mariokart Named Desire" in 2016 (winner of the Venue Pick award for Strike Theater), "Wellstone: A Minnesotan Musical" in 2017, "Doug Sees God: A Funnie Thing Happened on the Way to Adulthood" in 2018, and our most popular show yet, "Zelda: The Hero of Fringe" in 2019. We are happy to continue on into 2021 with "Turnabout Musical" and are looking forward to expanding over the next year. "Turnabout Musical" will be directed by Albino Squirrel alumni Zach Miller. 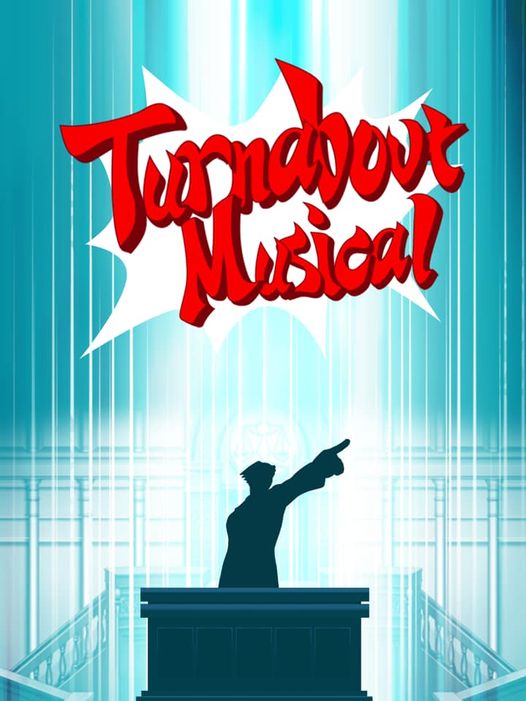