We love this band! All photos: Deb Ervin 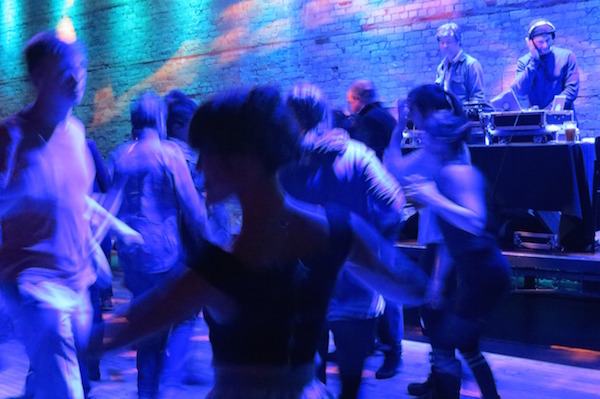 When you throw a party with Tree Party and Hipshaker, you're pretty much guaranteed a good time. Thank you to these amazing artists for coming out to help the theater community celebrate.

We also have to thank Hennepin Theater Trust for donating 2 tickets to the upcoming tour of If/Then and the Southern Theater for donating two 2016 Memberships to ARTShare. Both of these prizes (worth more than $200 each) were raffled off to everyone who came to the party.

How did people win one of those? We explain below because, unexpectedly, this turned into our favorite thing. 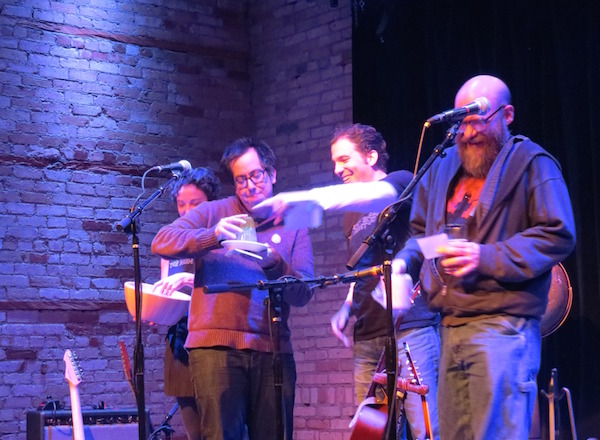 That's Chris Garza above (between MinnesotaPlaylist co-founders Leah Cooper and Alan Berks , i.e. yours truly), collecting his award. He was nominated by Sean McArdle, Master Props Craftsperson at the Guthrie Theater. Winner #2? Emily Zimmer was nominated by Peter Brosius, Childrens' Theatre Company Artistic Director, for being a phenomenal educator and talent. And, Allen Weeks, Production Manager at Penumbra Theater, was nominated by Carol Schweikhardt, Executive Director at the Theater Space Project, on behalf of all the unsung technical theater workers. (Allen and Emily, make sure you collect your prizes! We gave them to Peter and Carol.)

Listen, relax, awards can feel arbitrary, and these were awards. These three lucky winners were literally drawn from a bowl filled with other amazing unsung heros nominated by anyone who came to the party and who, when we read about them, we wanted to sing of them too. Then, we remembered this is a website that people can read, so here is everyone else that was nominated. If you've never heard of them, go find out more about them--as well as the generous souls who sing their praises. (I know I will.)

Now raise your own hands if you ever. . . 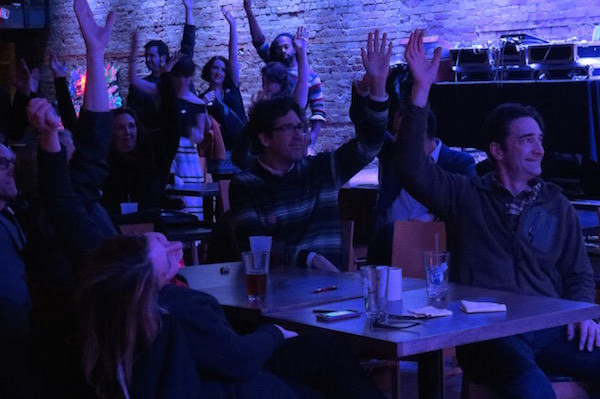 Cause you are an unsung hero as well, and we'd like to throw you a party. . . 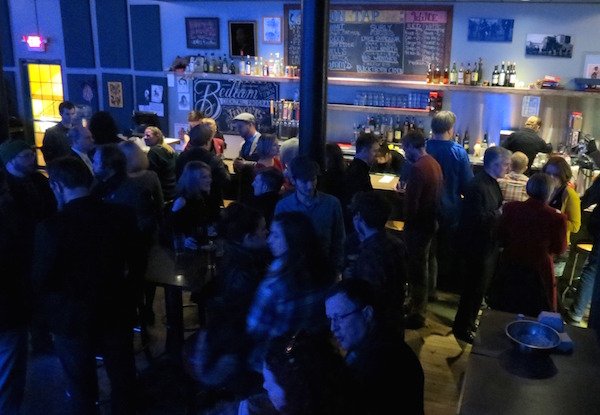 See you next January for Winter Bash #3