Eden Prairie Players will be holding auditions for our 2020 Women’s One Acts, our third annual production of one acts by women, and directed by women, featuring a new selection of seven original plays, on February 29 and March 1. We have 21 roles to fill for all gender identities. Details of the plays are below.

To ensure the smooth running of the auditions, we ask you to please fill out and submit our online audition form, and schedule your audition appointment, at least two hours prior to the start of auditions. You will be asked to upload a photo of yourself (portrait-style preferred, but a formal headshot is not required) and a theatrical résumé if you have one, and to mark your conflicts during the rehearsal period.

Scripts for the plays will be available to read starting 30 minutes prior to the first audition each day.

Auditioners may choose to read sides from a script that we will provide or prepare one or two monologues, up to two minutes.

We recognize that you may not wish to be considered for every play in the collection. We will have copies of all of the plays available to read starting 30 minutes before the first audition time each day. If there are any plays or roles for which you would prefer not to be considered, please inform the desk volunteer.

Rehearsals will be scheduled for each play, around the availability of the actors and directors, from late March to tech week.

Monday, May 4 through Thursday, May 7

A teenage girl's dream is finally coming true: she is going to meet her favorite singer and personally give him a book of poetry that she wrote herself. Her mother, however, believes this is all a waste of time and wants to go home. The tension between them rises as they wait for the singer, who may or may not show. An unanticipated turn derails the evening and both mother and daughter are transformed in unexpected ways.

Cut and Run
by Allie Costa
directed by Lisa Phelps

In this hair salon, it's live and let dye.

Despite their interfering parents, Terri and Joe endeavor to forge an honest connection while waiting for their flight to depart.

An invitation to a naked wedding might be just the spark this couple needs.

After their mother’s death, June and Gerty are at her apartment to clean out her stuff. Unfortunately, their mother’s recent foray into minimalism has left them few physical items to sort through. Gerty is confounded by this change until June reveals a family secret that upends Gerty’s perceptions of their mother.

An accidental meeting in a coffee house - or is it? - sizzles with sexual possibilities - or does it?

A woman attempts to use a psychic to contact her recently deceased sister about a missing family heirloom. She makes contact- and finds more than she bargained for.

Sign Up To Audition: Please fill out and submit our online audition form on TheaterForms and make an appointment for your audition. Have your calendar handy and be prepared to enter rehearsal conflicts. You will be asked to upload a headshot (a JPEG file) and a theatrical résumé (a PDF file) if you have one. If you don’t have either of these files you can still submit the form. 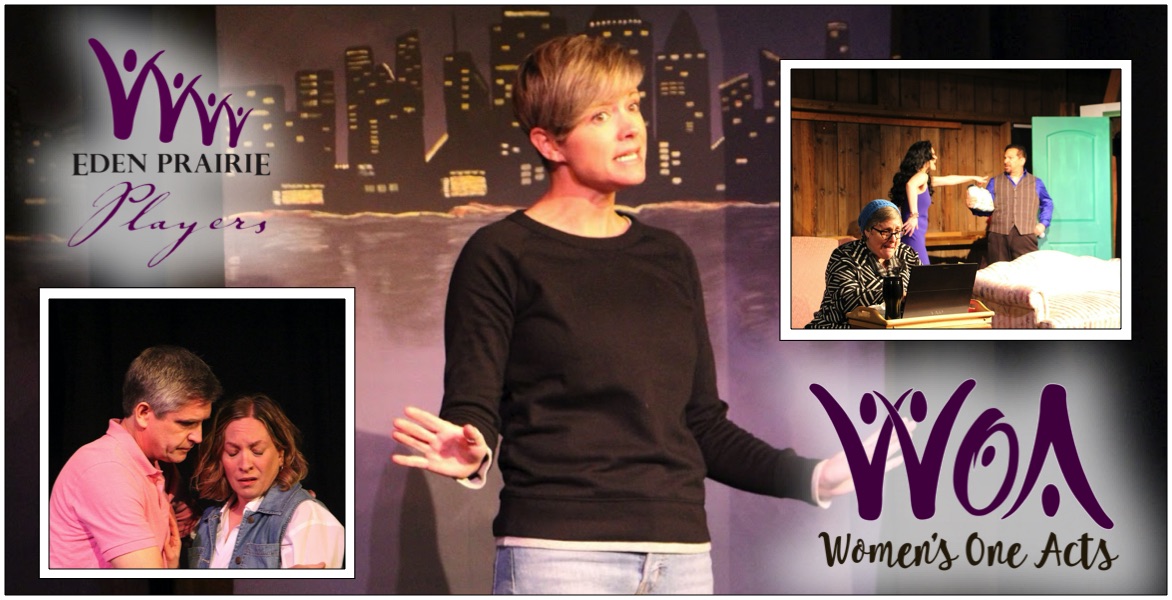