Miriam Monasch has been active (on and off) in the Twin Cities' theatre community since 1975 as an actress, director and playwright.  She is retired from her "day job" and is available for theatre work full time.

The Madwoman (Countess Aurelia), The Madwoman of Chaillot, Theatre in the Round (dir. Linda Paulsen)

Mary, On the Verge, Theatre in the Round (dir. E. Karsten)

Evelyn, Kindertransport, Theatre in the Round (dir. L. Musgrave)

Gertrude, Hamlet, Theatre in the Round (John Orlock)

Theatre in the Round:

Natasha and the Coat by Deborah Stein

Our Class by Tadeusz Slobobzianek (translated by C. Ryan)

My Name is Asher Lev by Chaim Potok (adapted by A. Posner)

The Magic Dreidels by Jenna Zark

For Worse by Anne Bertram

The Most Massive Woman Wins by Madeleine George

The Dreams of Clytemnaestra by Dacia Maraini

Pimp and Love Song for an Amazon by Martha Boesing

Calm Down Mother by Megan Terry

In the Penal Colony by Franz Kafka (adapted by M. Monasch)

The First Communion by Fernando Arrabal 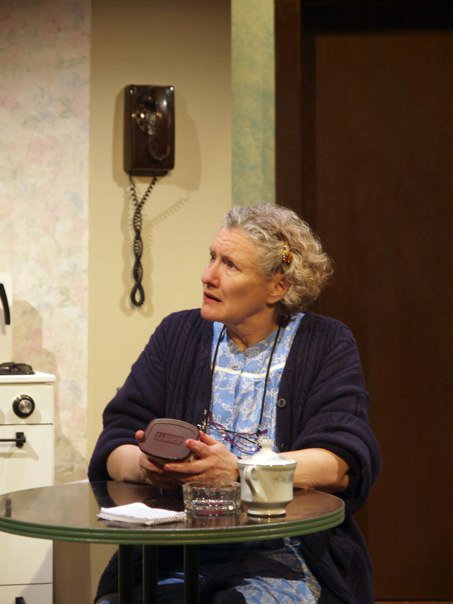