Nissa Nordland is an actor, writer, producer and musician in the Twin Cities. She is a company member of Theatre Pro Rata; is the Artistic Director of Twin Cities Horror Festival; produces new original work as Special When Lit; is a member of the Playwright's Cabal and is an alum mainstage cast member/writer of the Brave New Workshop. She's had the pleasure of working with nimbus theatre, Four Humors, The Winding Sheet Outfit, Wayward Theatre Company, Dangerous Productions, Mission Theatre Company, Theatre Unbound, HUGE Improv Theatre, Classical Actors Ensemble, Fortune's Fool Theatre, The Buoyant Group, Artistry, Ghoulish Delights, The Red Letter Society, Theatre in the Round, and Lyric Arts. She played TinaCorn on Noodle Pie Island and Fiona in the Theatre People web series; Their Town.  Additionally, she enjoys playing pinball, tarot, crystals, cross stitching and anything about dinosaurs.

Nordland is represented by NUTS, ltd and Ruggiero Models and Talent.

REVIEWS:
“Standouts are the always impressive Nissa Nordland Morgan who plays, among other chorus roles, Queen Elizabeth. Nordland Morgan is a master of character work and she has multiple memorable turns here always finding a way to add some extra twinkle through her physicality.” Rob Dunkelberger's review of "Orlando"

"and Nissa Nordland Morgan as Lord Sortof, whose rendition of a classic fool made him the smartest of the three male characters while earning the biggest laughs." -  Talkin' Broadway review, "The Convent of Pleasure"

"Nissa Nordland and Lauren Anderson are both very funny women, and they work well together. The running gag was that since this was on the internet, who knows if anyone's watching, so they can do whatever they want with "no consequences!" Sketches included a spoof of a work zoom meeting with a surprise appearance, Lauren afflicted with "cool disease," Nissa singing a silly song, and my favorite - a Jane Austen spoof called "Dignity and Displeasure." And as a (former) clarinetist, I very much appreciated Nissa's playing between scenes, and her pre-show covers of such classics as "My Heart Will Go On" and "Music of the Night." -- Cherry and Spoon review of "Lauren and Nissa Present: Fun Times"

"You won't know how at first , but you can be damn sure this is going to end in blood. The scariest part, though, is that it is apparent that the adherents of Caretaker Dan are going to continue to spin his gospel of surrender and sacrifice to even worse ends in the future." - Minnesota Playlist review of "Incarnate", Derek Lee Miller.

"Incarnate is an immersive experience, placing the audience in the congregation of a nature-based religious organization. If you're thinking it sounds like a cult, you're right. Of course, things are not as peaceful and loving as they seem, though there's still some shock value to the denouement....this was one of the most visceral experiences at the Festival. Lauren Anderson is great as a church leader, and the cast members really commit to their religious fervor. Nissa Nordland Morgan, who is also the writer, is very convincing acolyte, and her fervent exclamations of "Joyful Harvest!" will stay with me." - Minnesota Theatre Love reivew of "Incarnate"

"Fans of Midsommar will want to check out Incarnate, which feels like a harvest-themed companion piece to Ari Aster’s new movie. It’s set in a cultish religious community that favors agricultural metaphors; you know it’s going to be good as soon as the priceless Lauren Anderson steps forth, spreads her arms, and joyfully cries, “Swing the sickle!” - City Page review of "Incarnate", Jay Gabler

"Younger sister Léa (Nordland Morgan) begins the play a naif, following the lead of her more experienced sibling. But there’s a shift somewhere along the way and it is Léa who is helping angry, overwrought Christine get through the day. Almost like partnered dancers, Feld and Morgan create a sense of the sisters as a single entity, a roiling bundle of hostility that will eventually explode." Star Tribune review of "My Sister in this House"; Chris Hewitt

"Bratlie Wethern’s superior acting quartet is reminiscent of the brilliantly subtle and nuanced performances you see in the films of Ingmar Bergman, Alfred Hitchcock, Sergei Bondarchuk and Andrei Tarkovsky....The four actresses ingeniously convey minute movements, whether a change in the rhythm of chewing, an overreaction to a dropped object, a relishing of a simple piece of candy, as if they were the most important moment happening on the entire planet at that point in time. Beguiling!

The sister performances are devastating. Kayla Dvorak Feld creates as crisply unnerved Christine, breathlessly trying to foresee and forestall what might happen. Emphasis on “might”. Kesselman seems to sense that the fear of what might happen is something that rules our lives far too powerfully. Nissa Nordland Morgan’s effervescent Lea is like the conscience of the play, as we measure the restrictiveness the other characters place on themselves and on one another against Lea’s free spirit. These two actresses are intrinsically interconnected. The signs of incestuous attraction are subtle as there’s so often a fine line between nonsexual physical affection and libidinal power. These two navigate that zone brilliantly." Lavendar review of "My Sister in this House"; John Townsend (https://www.lavendermagazine.com/our-scene/breaking-the-rules-of-the-game-pro-ratas-my-sister-in-this-house-mines-the-lesbianic-the-mystifying/)

"The all-female cast of four is striking. Kayla Dvorak Feld is a tenderly terrifying Christine Lutton, the older of the two sisters, and Nissa Norland Morgan contrasts Feld’s somber and resolute creepiness with childish naïveté... We see thoughts as they form in the minds of the actors; we hear the snaps and cracks of relationships crumbling, and all the while we have the distinct sense of foreboding one can only get from knowing a story’s end before its beginning. " - MN Playlist review of "My Sister in this House"; Melissa Miller

"Giordano makes a fierce queen, especially in the proximity of Gremlin’s space, and you can practically see the sparks flying when she and Singh/Electra go head-to-head in their verbal sparring. Some haunting, original music by Nordland completes the trifecta." Twin Cities Art Reader review of "Iphigenia and Other Daughters" (https://twincitiesarts.com/2019/03/10/review-powerful-unbound-iphigenia-...)

”As Iphigenia, Nissa Nordland conveys the vanity and cluelessness of one who was always made to believe they mattered above all, not lacking in intelligence, but unable to put it to use beyond the narrow range of her vision, as discovering Clytemnestra killed Agamemnon to avenge her death, remarking brightly, ‘I'm impressed. I didn't know I rated that level of vengeance.’” Talkin Broadway review of “Iphigenia and Other Daughters” (https://www.talkinbroadway.com/page/regional/minn/minn817.html)

"The five actors playing named characters all give strong, sympathetic, truthful performances, individually and as a beautifully dysfunctional family... Iphigenia and Other Daughters tells ancient women's stories in a fresh and modern way that's relatable today, making it obvious why these stories have survived for so long." Cherry & Spoon Review (http://www.cherryandspoon.com/2019/03/iphigenia-and-other-daughters-by.html)

"British playwright Caryl Churchill’s dystopian 2000 play gets an intriguing, must-see production. The most haunting scene is when hooded, handcuffed figures with fancy headgear are paraded on their way to execution as an onstage audience applauds, seeing only the fashion and oblivious to their roles in a world order that benefits them but is built on horror." Rohan Preston, Star Tribune review of "Far Away" @ Minnesota Fringe Festival (http://www.startribune.com/our-10-favorite-shows-at-the-minnesota-fringe...)

"Gorgeously costumed and featuring some fabulous movement, this tale of humans venturing into the faery world has some amazing imagery and an interesting story." MN Theatre Love review of "The Fae" at Twin Cities Horror Festival
(http://www.mntheaterlove.com/2017/10/twin-cities-horror-festival-vi-why-...)

"Then there are those actors! In almost every single one of my reviews, I rave about one or two performers, and then talk about the others if need be. However, I can’t tell you who the best performer in this remount is because this is an incredible ensemble that I am still in awe of. To keep up this level of energy for this long is a feat in and of itself and to bring such a heartwrenching conclusion so naturally is nothing short of masterful. Savage Umbrella’s devotion to ensemble work is never more apparent than in Ex-Gays." Cassandra Snow, The Column review of "Ex-Gays: Not a Str8 Remount"

"Avery, Leffler, and the cast set the production on a knife-edge balance of absurdity and pathos, a tone that's tragically fitting for 2017." Jay Gabler, City Pages MN review of "Ex-Gays: Not a Str8 Remount"

"What makes this play so powerful is the go-for-broke characterizations brought to life by the talented ensemble. Although this is very obviously a satire, over the course of two quickly passing hours you really do come to care for characters..." Basil Considine, Twin Cities  Arts Reader of "Ex-Gays: Not a Str8 Remount"

"Besides the twins, other highlights in the cast include Marci Lucht as Antipholus' long-suffering wife, Nissa Nordland Morgan as her supportive sister..." Cherry and Spoon review "The Comedy of Errors"

"This Ghost Train is presented in a highly stylized way of acting that is so far over the top it almost brings you back down the other side again.  It feels like it must be absolutely exhausting for the performers, and at the same time kind of a treat to just let loose like that.  Because everyone is permitted to be very BIG at all times.  There are no low gears in this play, everyone’s in high gear right out of the gate.  It’s hard to maintain that level of energy for a full evening but this cast delivers and doesn’t flag."- Matthew Everett review of "The Ghost Train"

"Highlights in the cast include...Nissa Nordland Morgan as her sweet daughter Ansa who wants to escape.." Cherry and Spoon review of "The Kalevala"

"As funny as the show promises to be, it manages to exceed that. The friend I brought with me referred to Nissa Nordland as a “comedic tour de force” in the role of the fed up beauty pageant contestant, and I can’t think of a better turn of phrase than that to describe her sensational performance. In a three person cast I rarely expect one performer to be so outrageously good that they completely steal every moment they are on stage, but Nordland manages to do so..." Cassandra Snow, The Column review of "The Taming"

"Katherine (the hilarious and extremely expressive Nissa Nordland) is an uber-patriotic beauty pageant contestant who wants to rewrite the constitution. And the thing is, she doesn't sound crazy." - Cherry and Spoon review of  "The Taming"

"The entire play, which runs 90 minutes with no intermission, is directed with the exaggerated, winking energy of sketch comedy. It is impossible to take any of the three main characters seriously. For that matter, founding fathers Madison and Pinckney have the demeanor of overzealous college debate opponents, and George Washington [Nordland] conveys the folksy confidence of a white-powder wigged Bill Clinton. Of the players, Nissa Nordland, as the beauty queen, establishes the most engaging character, drawing out the mix of madness and wisdom in her contradictions." -  Arthur Dorman, Talkin' Broadway review of "The Taming"

"Kory Pullam and Nissa Nordland make comic sparks with their romantic longings that aren’t quite fulfilled...There’s so much truth behind the humor that it’s almost scary. Situations are exaggerated just a tiny bit more than they are in the real world, so hopefully this crew is not prescient and we are actually laughing at our occupational future!" - Renee Valois, Pioneer Press review of "The Working Dead"

Maren and the Machine 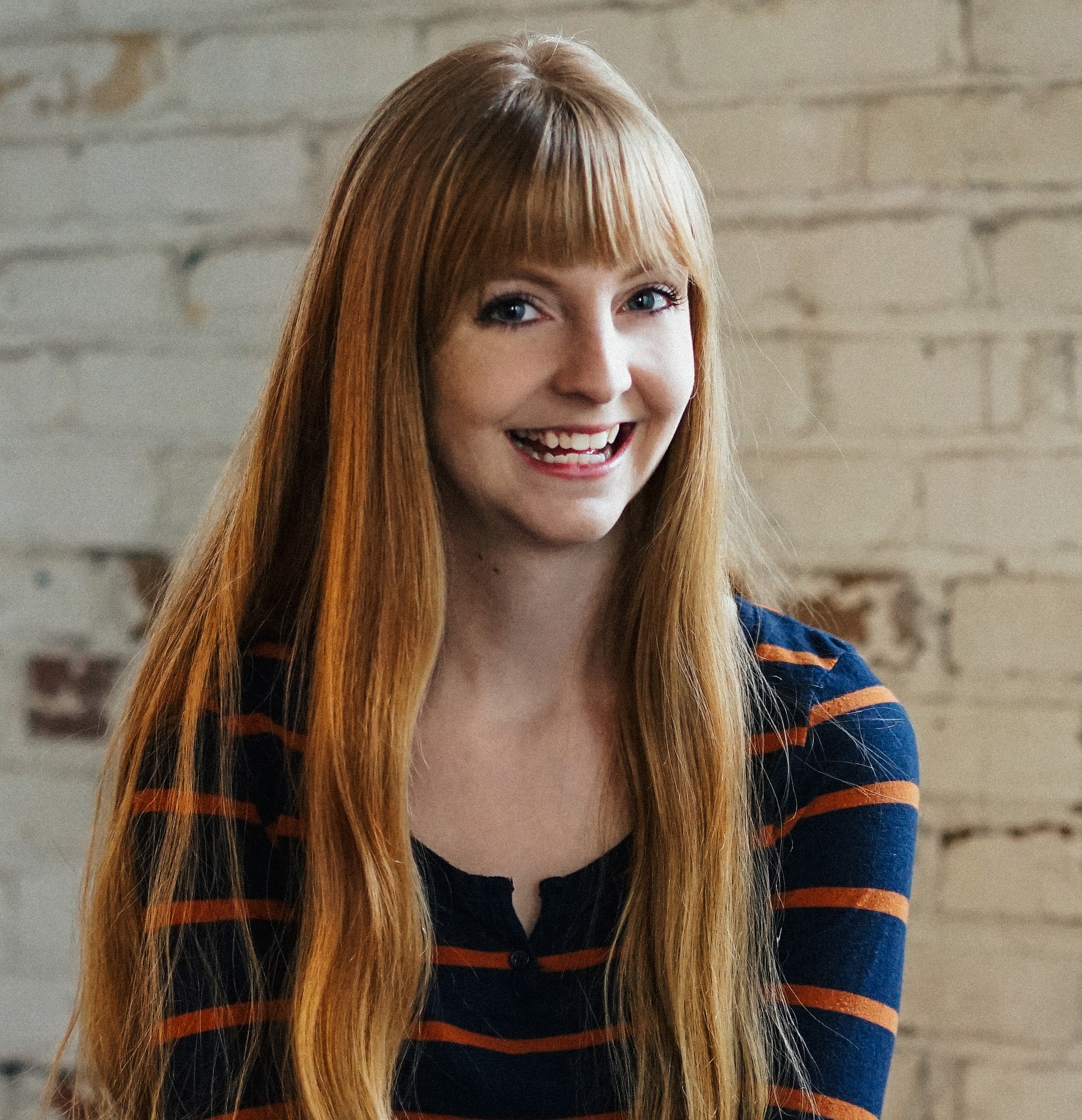 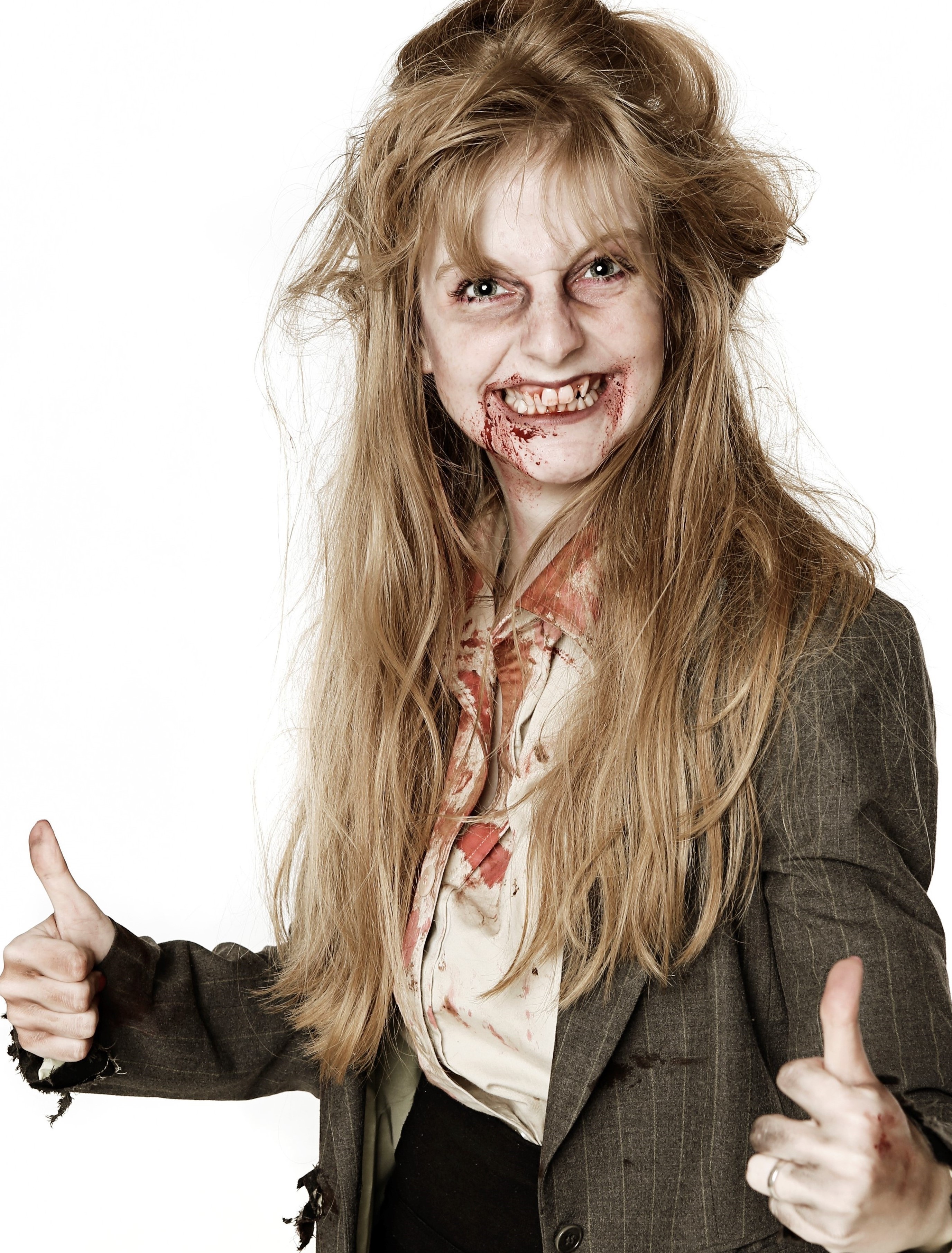 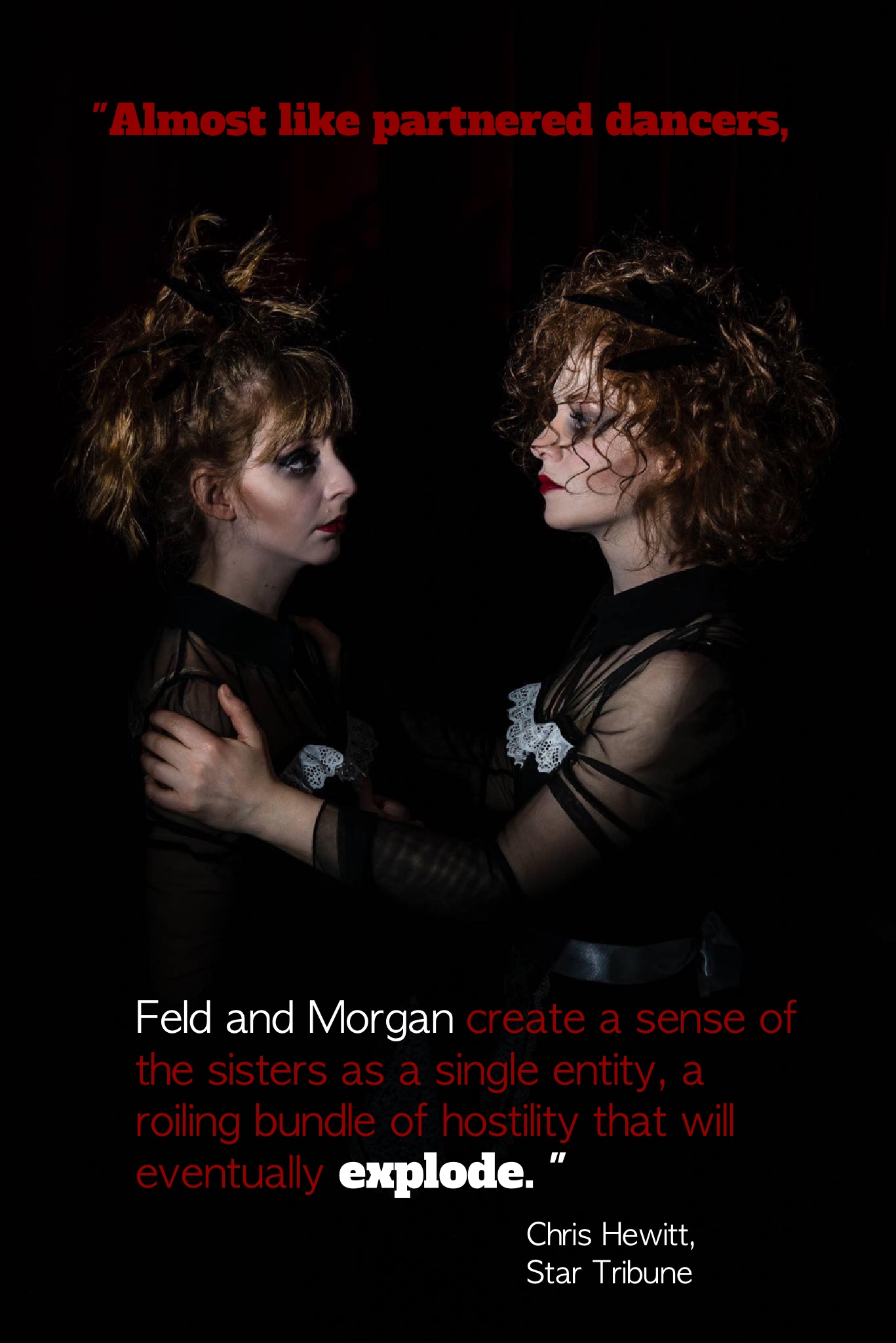 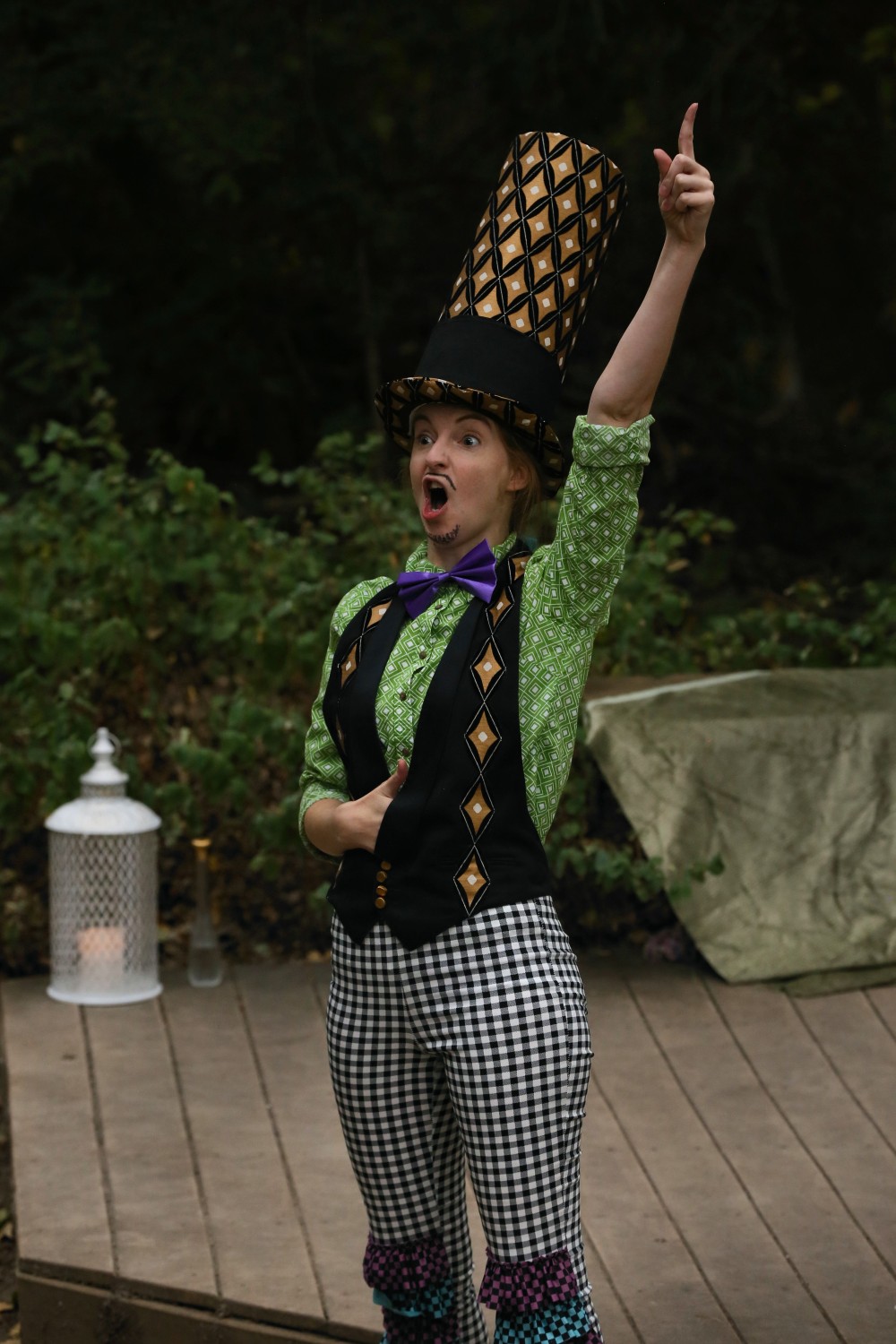 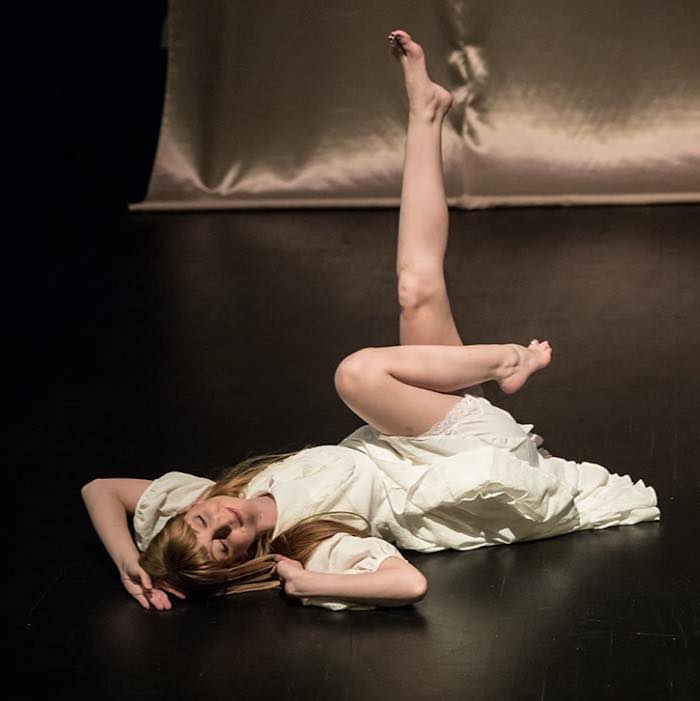