Sene from The Paper Dreams of Harry Chin Interviews with Playwrights writing about history.

A collection of interviews with Playwrights who takcle history as part of their subject matter. The Paper Dreams of Harry Chin

I met Jessica Huang in an Uptown coffee shop, the same coffee shop, I discover, where the playwright first met Sheila Chin-Morris, whose family stories inspired The Paper Dreams of Harry Chin, which was produced at the History Theatre earlier this spring.

Chin-Morris came to the show every weekend. “She sits with her handkerchief and she just cries the whole time,” Huang said. “I was worried about her at first, but she’s so generous and emotionally intelligent. She kept checking in with me to let me know that she was fine.”  After the first weekend of the show, Chin-Morris called Huang and said that her friends had been concerned about how she felt seeing her family ghosts on stage, but she found it cathartic. She told the playwright, “It’s like I’m crying in the sunlight instead of in the shadow.”

And that is precisely the point. “My job as an artist is to shed light on things that are in shadow,” said Huang. “It feels important to shake us out of our everyday behavior and remind us that our reality is not shared with everyone else.”

Paper Dreams tells the story of Chinese national Harry Chin, who immigrated to the United States under a false name to circumvent the Chinese Exclusion Act. When long buried secrets come to light, Harry and his daughter confront the truth of their past and what it means for their family. It’s a play haunted by both actual ghosts and America’s ugly immigration politics, past and present.

Stories like Harry Chin’s may not get much play in history books, but it’s crucial that this chapter of our nation’s history not be forgotten. “A lot of the stuff that we don’t talk about is the stuff that is insidiously creeping toward repeating itself,” said Huang. “It’s really important to remember our past. With the Exclusion Act in particular, there’s still so much shame within the Chinese community about it.”

Displayed along the outside of the History Theater and inside the lobby were large scale photographs of families affected by the Chinese Exclusion act taken by photographer Wing Young Huie, a friend of Huang’s. “Wing had a hard time getting folks to consent. Even though the people who immigrated illegally have long since died, people are worried about the ramifications of telling this story,” she said. “I’m so appreciative of the courage of the people who did proudly step forward. It makes me feel like it’s even more important to be telling this story so we can lay to rest the people who suffered because of it, and find a way to communicate that you are welcome here.”

From the Page to the Stage

The play was originally commissioned by the History Theatre in 2015, as part of their robust new work development program. As tempting as it is to dwell on the timeliness of this piece, opening three days after a Hawaiian judge blocked the President’s second travel ban, Huang emphasizes that this play is more than a response to one administration.

“Many of my friends relate to immigration directly as immigrants themselves, or their parents. The migration of human beings is something that has always felt important to talk about. It’s the political topic that I am always passionately paying attention to,” Huang said. “Even in 2015, looking at conversations around immigration that were happening in a public way, things were pretty heated already. Otherwise, there wouldn’t be the foundation on which a platform could rise.”

The political landscape of 2016 did not strongly alter the script. In fact, Huang changed some of the language in a scene where Harry is interrogated before he is allowed to enter the United States. “I had called it ‘vetting,’” Huang explained. “And that’s what it was, that’s how they referred to it at the time, too. But it was so gross to be so literal about it. It’s so clear that it’s exactly the same thing, there’s no need to name it that. Because it does cheapen it.”

It’s a powerful scene on stage. The audience shares Harry’s point of view, so when the American interrogator speaks words he can’t understand, it “sounds like 1,000 birds and beasts.” The sound design at the History Theatre production was visceral and terrifying. It was a moment that followed me long after I saw the show.

The surreal nightmare of the interrogator was not the only dreamlike imagery in Huang’s play. The past and present flow freely, intermingling and colliding in unexpected ways. A friend of Huang’s called her aesthetic “slip-stream,” where characters are likely to slip into another reality, be it horror or sci fi or fantasy, and perhaps, slip back out again.

In an early conversation with the History Theatre, she was a bit apprehensive because she writes differently than what they tend to produce. “They said, ‘Good, we want to be telling stories in that kind of way.’ And I’m so glad they meant what they said,” Huang said. “They were really supportive of me and my crazy process.”

For Huang, pushing the boundaries of reality is key to her process. “The medium of theater lends itself to imagination,” she said. “It’s creating an environment where a whole group of people need to work together and collectively dream something up. And I love capitalizing on that, whether it’s historical or futuristic, it’s fun to play with how can we as a community in a single space together play pretend.”

Bouncing Off the Lens of History

After November, an artistic leader visiting the Playwrights’ Center, where Huang is currently in residence as a Jerome Fellow, asked how a theater responds to the election, given that there aren’t any plays about “this New America” yet. “I challenged that,” Huang said. “Because I think that this new America isn’t that new to a lot of communities. I think it’s new to dominant culture, but anyone living on the margins has been living in this new America a lot longer than November. I would say, look for plays in those communities then.”

“I would not say that I am living in that kind of margin,” she clarifies, “I’m not. But, I have been paying attention, so I believe Paper Dreams is a play of the ‘new reality’ that is the old reality.”

Grounding the play in the past helps the story resonate. “History is a great way to look at things, because you can bounce off the lens of history and look at today,” Huang says. “From a distance, but not.”

Huang’s piece has generated much interest in the ‘new reality.’ After its run at the History Theatre, Paper Dreams had a staged reading at Timeline Theatre Company in Chicago as part of its Timepieces Play Reading Series.

“There was a while where I sort of feigned surprise that this play became so relevant this quickly, but really if you’re paying attention it’s not really a surprise,” Huang said. “We could all see it coming from quite a ways away. It feels like I’m more passionate now. I want there to be more productions, I want more people to encounter the play because I think it does facilitate conversation.”

“Part of My Breath”

Some writers are reluctant to brand their work as political, but Huang has no such hesitation. “I identify as a woman of color, so my existence is political. Being a child of mixed race is political.  Being married to a man of a different race is political. My body and my life is political. The conversations I engage in on a day to day basis about my survival and the survival of my friends, before Trump, after Trump whatever, they always exist in relationship to the systems of injustice that exist around us. That’s part of our reality,” Huang said. “Equity is a ways away, so no matter who was elected we were always going to have to take strides toward equity.”

Striving against injustice has been at the forefront of Huang’s work, and will continue to be in the future. In 2015, Huang founded a company with her husband, actor/writer Ricardo Vázquez, called Other Tiger Productions, which explores cross-disciplinary collaboration and representing the Other on stage. She’s also working on a new commission for Mixed Blood entitled Transmissions in Advance of the Second Great Dying dealing with mixed race people, the uncertain future, and a character called Light of the Moon who can interpret the Earth’s mood from her weather.

Huang has many passionate, difficult conversations with and about her writing, but she isn’t tired of making political work.  “That’s what I do, what I think about, what Ricardo and I spend late nights thinking about, dreaming about. It’s part of my breath, what people would call political.”

When I saw Paper Dreams, the History Theatre had organized a facilitated talkback after the show. It was a nice day outside and I assumed the matinee audience would be eager to leave the melancholy ghosts of the darkened theater for the bright sunlight outside. But, the vast majority of people stayed behind, choosing instead to engage in discussion with one another and the piece. This is, perhaps, what Huang hopes for. “I believe that my purpose has to do with having conversations about injustice. That’s always what my work is and what it always will be because that’s how my mind works. And that’s a good thing, I think,” Huang said. “I think we can always do better.” 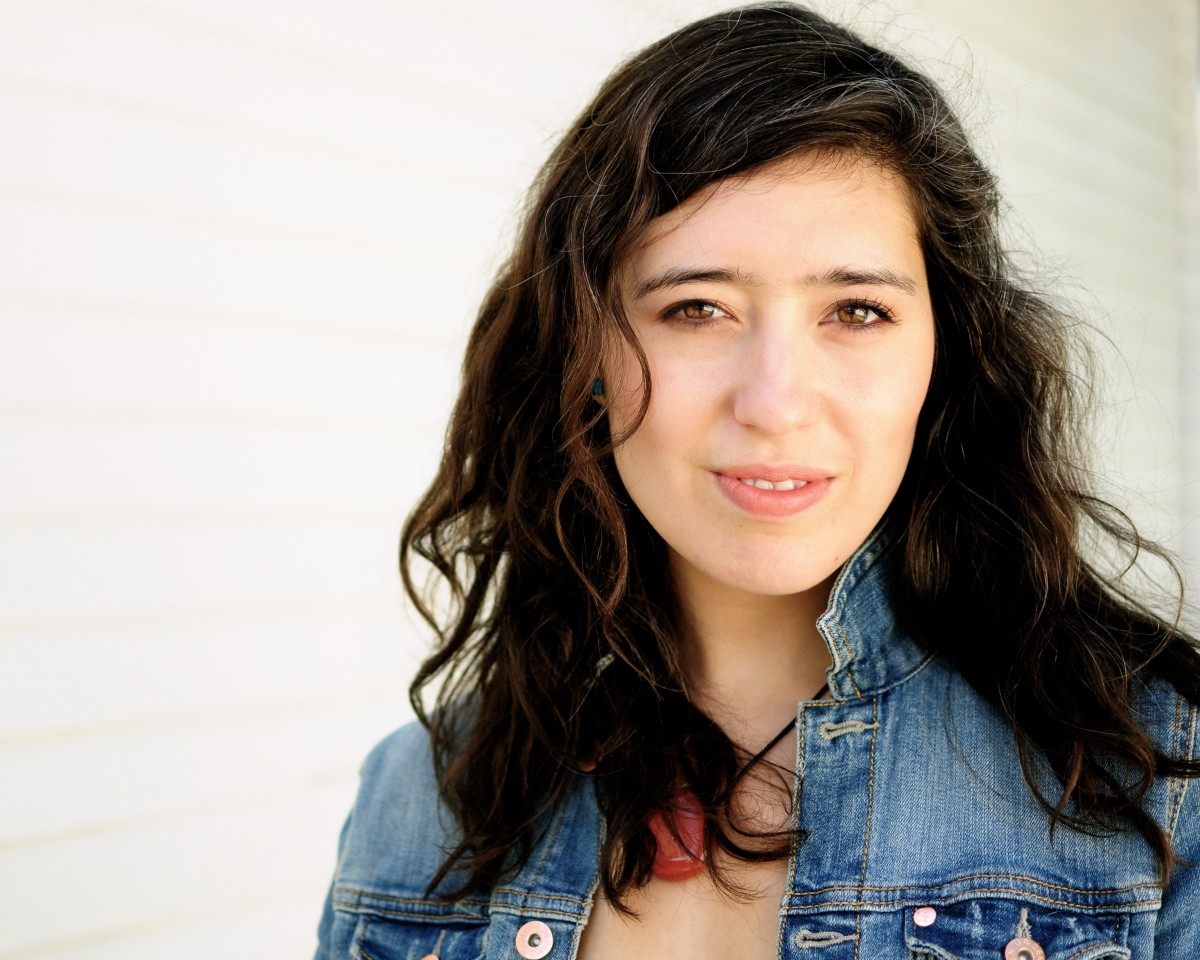 I am a multiracial, Minneapolis-based playwright, recipient of a 2014 Metropolitan Regional Arts’ Council’s Next Step Grant and a 2012 Many Voices Fellowship at the Playwrights’ Center.

My plays, which explore the complex legacy of the Chinese diaspora and the modern chaos of multiracial identity, have been developed and/or produced in the Twin Cities at Mu Performing Arts, History Theatre, Minnesota Museum of American Art, Red Eye Theater, The Playwrights’ Center, and Pillsbury House Theatre; nationally at A-Squared Theatre Workshop (Chicago), 2g (NYC), the John F. Kennedy Center for Performing Arts (D.C.), and the Source Festival (D.C.); and internationally at Yellow Earth Theatre’s Typhoon Festival (London).

Recently, my play Purple Cloud was nominated as one of the best plays written by female playwrights in the past year by LA-based group The Kilroys.

I am a member of the Dramatist Guild and an affiliated writer with The Playwrights’ Center. The Importance of Trying with Gemma Irish Sunlight and Shadow with Jessica Huang