Tylie: Hi Brittany! Congratulations on your upcoming play Redwood at the Jungle Theater.

Brittany: Thanks so much, Tylie! I'm so excited to see this production.

Tylie: Let’s get into it.

1. What attracted you to begin a career in theater?

I honestly entered this world as a little drama queen. When I was eight, I formed a "theatre company" with my cousins (and bafflingly called it Cousins and Company, though there was…no company!). Our first production was a film-to-stage adaptation of the 1990 film Arachnophobia, that I wrote and directed. After that, I went on to be a big drama geek at camp, in high school. I studied acting at NYU. I can't remember a time when theatre wasn't the thing I wanted to do with my life–I just love it. And since becoming "professional" (whatever that means), I'd say that what keeps me attracted to this job is the incredible people I've met, many of whom are striving daily to make audacious, interesting stories appear in front of strangers. At its best, it's the most exciting job.

2. What playwrights do you admire and why?

There are some incredible, incredible playwrights working right now–really too many to list. But here's an abbreviated attempt: I think Jackie Sibblies Drury, Aleshea Harris, Michael R. Jackson, Ife Olujobi, Martyna Majok, Will Arbery, Abby Rosebrock, Dan Giles, and Zora Howard are doing fascinating, truly provocative things with the form. All my current and former peers in my writing group, EST/Youngblood, are dazzling emerging voices. And to draw from the older well I stay a fan of Alice Childress, Maria Irene Fornés, and Lorraine Hansberry.

3. What led you to write the play Redwood, or did you pull it out of thin air? (ha ha)

Redwood is the product of two vaguely autobiographical inspirations. The first comes from my family. Several years ago, one of my aunts got really into charting the genealogy of my maternal line, and her quest very loosely inspired Stevie's in the play. After seeing some of the fruit of my aunt's incredible, difficult research, I grew really interested in the motivating factors behind her "quest." This kind of sprouted into an arch-question:  What is it, as a Black American, to seek context for your roots in this country–particularly when those origin stories are often so painful, and lead directly to chattel slavery? What did it mean to have "the names" of our ancestors? Why did we crave their stories, what did the details of their lives help us see?

The other vaguely autobiographical inspiration for the conflict in the play is to do with my own early twenties experiences in an interracial relationship with a white man. Via Meg and Drew, I hoped to depict some of the coping mechanisms, complications, compromises, and arguments that I've experienced inside that dynamic. When I began writing those characters, I'd never seen a relationship that looked like mine depicted on screen or stage–one that's fraught with these historical contradictions, yet trying to be honest and loving. I wanted to honor that experience, as it's one so many people experience.

4.  Redwood is described as being “infused with comedy …” How important is comedy in today’s social climate?

I think comedy is absolutely crucial to the social climate, yesterday, tomorrow, and today. I'm a huge believer in that notion–and pardon, I forget who I'm paraphrasing with this–that when your chest is opened up after a belly laugh you're maximally vulnerable to being gutted, or moved, and thus (I hope) changed. I know I can only really bear to face the painful truths when they're wrapped in the coping mechanism I personally know best: that laugh in the face of incredible pain. And our world is so absurd! What to do but laugh, at and through it, when we're all living in the quagmire of a broken, irrational system? In any case, comedy wrapped around the fundamentally unfunny is my m.o., and I'll defend it forever as a critical tool for the historically marginalized. To express only the pain of "the Black experience" leads me, personally, to despair and pessimism, which I cannot abide.

5. How would you describe your aesthetic?

Hard to answer this one! I like comedy-spiked talkies. I like plays that are character-driven, and tonally jarring. I like to play with genre, and explode a realistic set-up with hyper-theatrical flourishes. But I hope to always be evolving my aesthetic as an artist. There's a lot of things I'd like to try with the form, eventually.

6. In 2020, your play was postponed just days before its opening night because of the quarantine. How does it feel to see the work produced nearly two years later? How has your relationship to the text evolved?

It is SO EMOTIONAL, BABY! We were shuttered in 2020 on the day following our first preview, which I'm sure you know is maybe the most vulnerable, naked-feeling time in a rehearsal process. Our team was doing such brilliant, open-hearted work, and still making these big discoveries about the show–and then the world closed. It was really heartbreaking. So on the one hand, it's a pure thrill to me that these actors and this creative team are getting to re-inhabit the piece we were building. It feels right and satisfying and very cathartic to be picking up where we left off two years ago–and incredibly hopeful. I'm really grateful to the Jungle for creating the space and honoring the commitment to seeing this production through.

On the other hand, it is totally wild to be sitting on a production for two years. In many ways, I feel like a different writer than I was before the pandemic. I feel like a different person! I wasn't really able to look at Redwood for large parts of 2020, particularly following the aftermath of George Floyd's murder. During the summer's uprisings, there were moments when my own avowed theses on the possibilities of humor and bridge-building and muscular multiracial harmony felt, honestly, obscene. So much of these past two years must be characterized as unbearable and unbridgeable for so many Black Americans, and Redwood is a play that raises (I hope!) big meaty questions about race in America, but has an unmistakably hopeful heartbeat. (Depending on how you read the end...) The way I pose and frame these questions is changing, in the things I'm writing now. Yet my attempts to revise Redwood over this past year to honor a changing spirit almost entirely fell flat; attempts to make the story more dramatic or dire seemed disingenuous to the container I'd built. And in the end, I do love the container.

I've landed in a place of deep pride. I'm so excited to share this story. But I wonder if it'll become important to frame this play as distinctly of its time (i.e., 2016-2018). (You know, like most plays.)

7. We are relatively isolated as playwrights, but we are all sort of emerging from quarantine apprehensively, what do you do to sustain your social health?

This is part of why I love acting in addition to writing–if I get to be in a play or a reading every so often, I get a big social fix. In general though: I stay socially healthy by bothering my very nice boyfriend 24/7. I've also made it through the pandemic in large part thanks to maintaining close relationships with a few very good schedulers. Regular Facetimes with two dear buds, in particular, have saved my brain. As we re-enter the larger world, I'm trying to be gentle and patient with my social bandwidth, which is definitely different than it was two years ago.

8. Any advice for young playwrights eager to break into the industry?

Get a day job you really like, that allows you to work during or outside of it. Avoid falling into the trap of comparing your career trajectory or your aesthetic to other writers; your perceived competition is usually just as neurotic and self-doubting as you are, and it only benefits the overlords of this broken system when we fight. I do and feel best when I'm deep in the work, confident in what I'm doing, and very much minding my own little corner of the sky. But on the same tip, do whatever you can to find your community. Remember that community is not necessarily institutional support. If your rehearsal process isn't sparking joy, ask why. Fight for your vision. Learn who your readers and fans are as quick as you can, and grow the confidence to ignore bad notes. Sometimes the first instinct is right, but usually the third one is. Read a lot of plays and not-plays. Revise boldly, save all drafts. Finish what you start. Hydrate.

9. What projects are you working on? What’s next?

I'm in the early stages of a history play about the Combahee River Collective. And I'm working on a novel at the moment, which is a kind of sprawling family saga looking at an elite Black family who're riddled with a lot of social and psychological baggage/survivor's guilt. I'm revising a backstage farce about a multiracial coalition of feminists making a play inspired by Judy Chicago's The Dinner Party, and I'm almost done with a family dramedy set at a crawfish boil in east Texas. So, many pots boiling, in theory!

Audiences can find me on twitter @Britt_Kathryn, and on Instagram @amazongenue! (Though I'm not the most frequent poster!)

Brittany: Thanks, Tylie! Appreciate these questions! 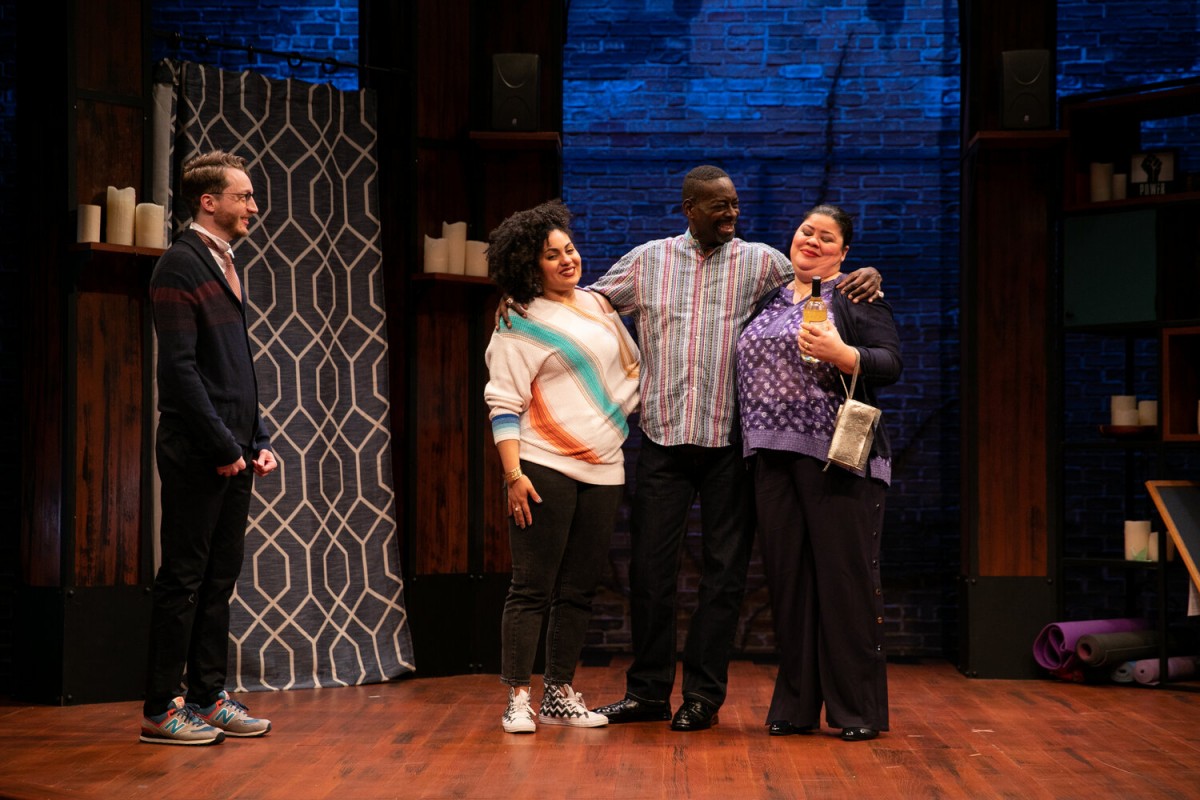 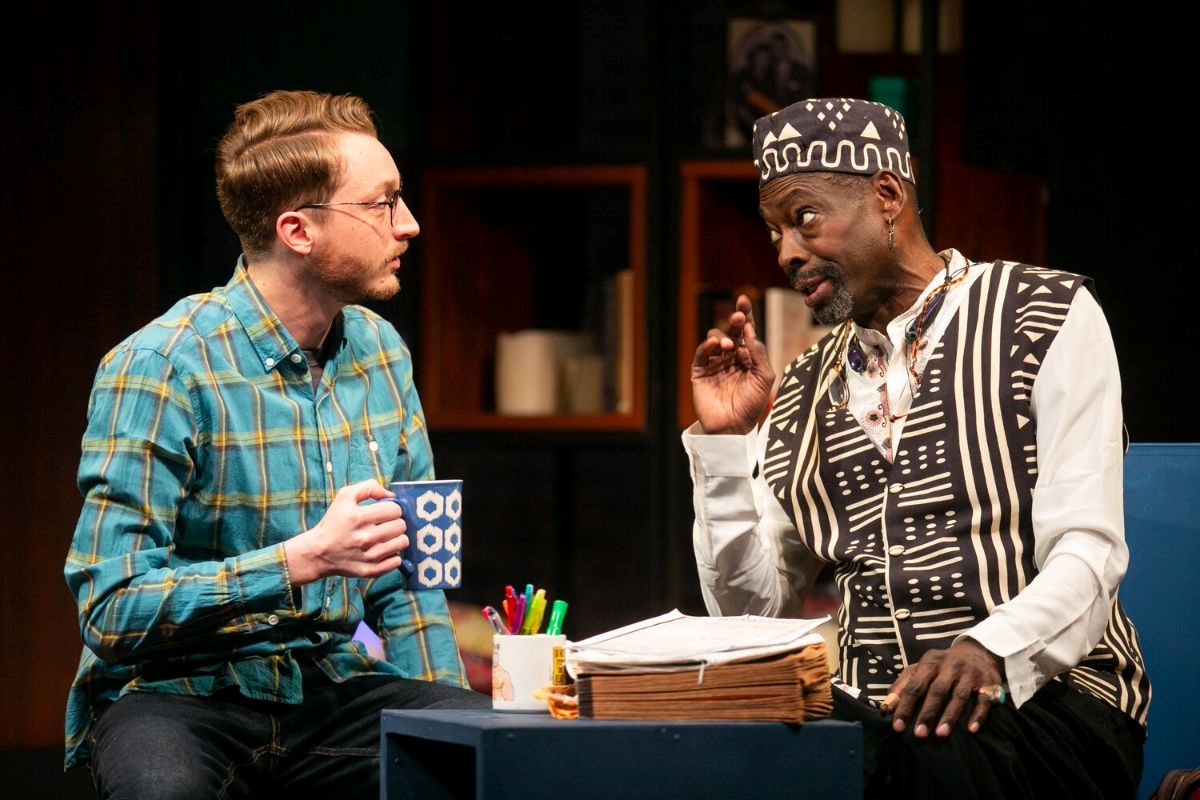 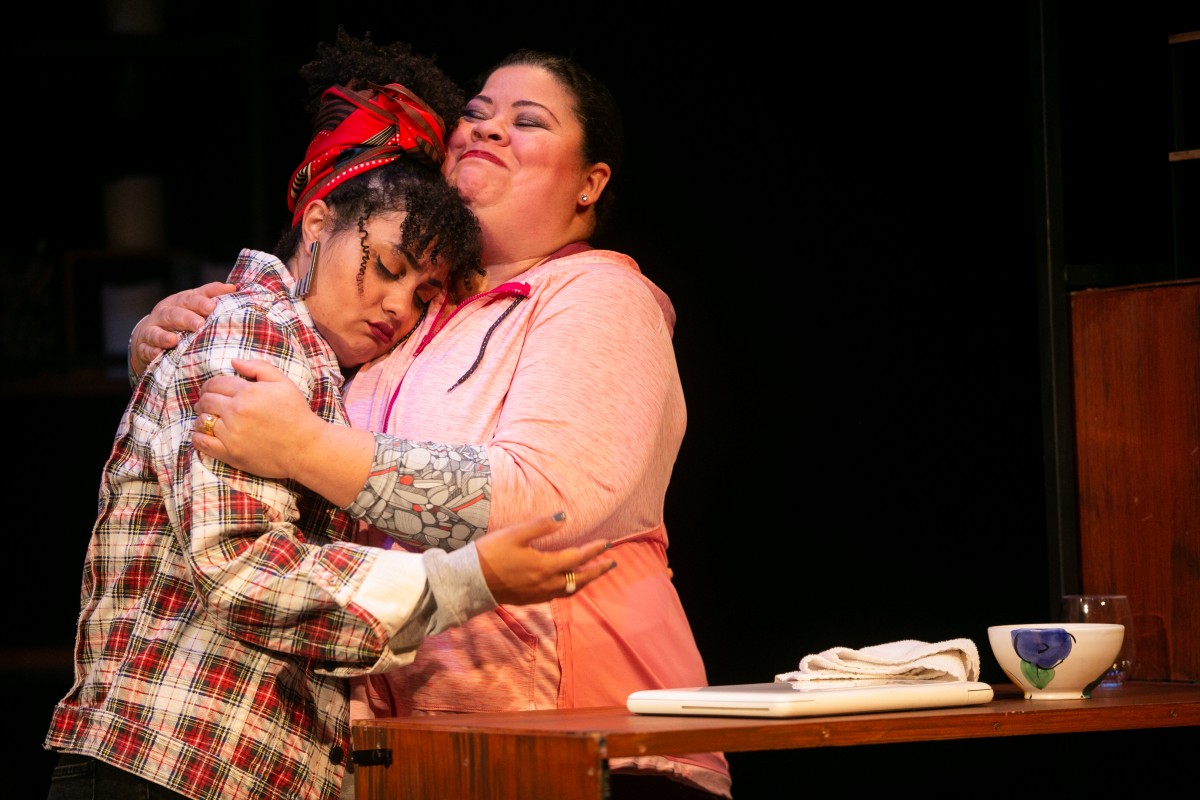 An honest depiction of love and family, as well as how generational and racial trauma shapes who we are, performances of REDWOOD are Tuesdays – Sunday at the Jungle Theater at Lake and Lyndale. ASL interpreted performance will be available on February 15 at 7:30pm and Audio Description performance is available February 24 at 7:30pm. Preview performances are February 4 & 5 at 7:30pm.